News
Home / News / What are the mechanical properties of self-tapping screws?
News

What are the mechanical properties of self-tapping screws?

(1) The screw-in performance test is to screw the self-tapping locking screw sample into the test plate until a complete thread passes through the test plate without damage;
(2) The destructive torque test is to clamp the rod of the self-tapping screw test piece in an opening and closing thread mold or other device that matches the screw thread, and use a calibrated torque-measurement device to adjust the screw Apply torque until it breaks. Fracture should not occur in the threaded part being clamped;
(3) Carry out tensile test on the self-tapping locking screw sample to inspect the minimum tensile load for damage. The fracture should be within the length of the rod or unthreaded thread, and should not occur at the junction of the nail head and the rod. Before breaking, it should be able to reach the minimum tensile load specified by the corresponding performance level;
(4) Hydrogen embrittlement is a problem that must be strictly paid attention to in the surface treatment process of self-tapping locking screws. In the pickling process, the screws are stirred in dilute hydrochloric acid. The amount of hydrogen absorbed by the steel in the pickling increases linearly with the square root of time to reach the saturation value. When the electroplating and phosphating processes (electroplating, electrolytic oil), the cathode current efficiency reaches Less than 100% will produce a large amount of hydrogen atoms attached to the surface of the screw, resulting in hydrogen permeation, and steel becomes brittle due to hydrogen absorption. The self-tapping lock screw has a hydrogen drive time of 6-8h, and the temperature is 160-200℃ (phosphating), 200-240℃ (plating). However, in production, the hydrogen flooding time must be determined according to many production conditions such as core hardness, surface roughness, electroplating time, coating thickness, pickling time, and acid concentration. It is best to do it before the passivation treatment and just after the electroplating.
The hydrogen embrittlement resistance test should be strictly regulated. Once hydrogen embrittlement occurs, the hydrogen flooding process must be improved. 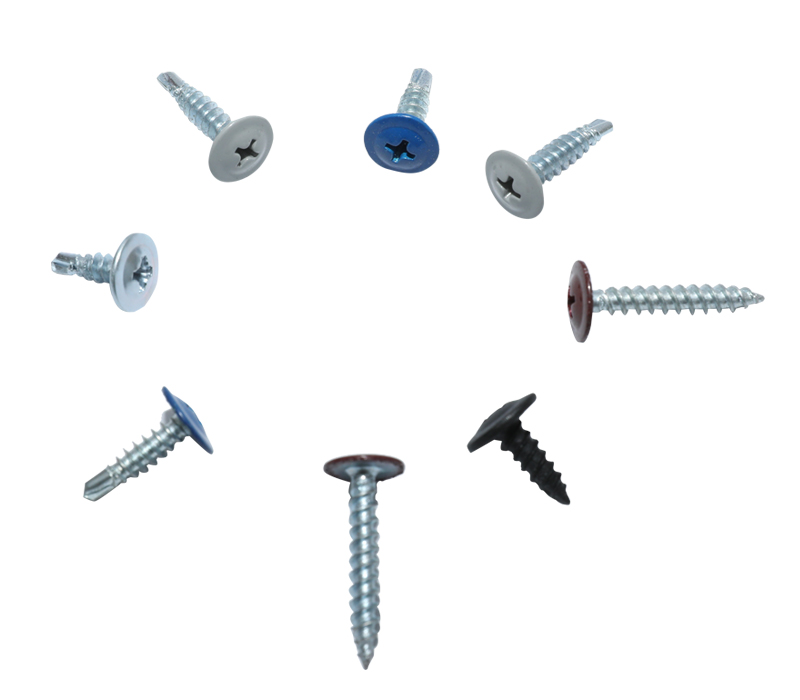